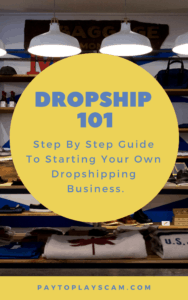 Start Your Own Supplement & CBD Business With Dropified Black