Hi, and welcome to my review of the Super Affiliate Network, I have been wanting to review this company for a while now, but other commitments meant I have had to put it on hold. However, I recently received an email promoting the Super Affiliate Network and decided now was the time to finally check this company out and see what all the hype is about.

Before I go on with my review, I must be transparent, I am not fond of companies that follow the MLM business model, you can find out why here. Suffice to say that most MLM participants fail and most people end up making a loss. Why did I mention MLM? Because despite what the Super Affiliate Network claims, it is an MLM company. And like all MLM companies, they peddle average products at above-market prices.

The Super Affiliate Network was founded in 2016 by a one Misha Wilson who I am told is a pretty well-known internet marketer. I hadn’t actually heard of him until I started researching this company, but then again, I haven’t been in this industry very long.

So, Who Is Misha Wilson?

The bio for Misha Wilson on the Super Affiliate Network website is a little vague, apparently (and I don’t know how they verified this) he is the youngest and fastest growing traffic and conversion expert on the internet. Some bold claims but then again, this is the internet and anyone can be whatever they want if you manage to gain a large following and Misha Wilson has very large and loyal following. Not to say that he isn’t good at traffic and conversions, he must be, otherwise, he wouldn’t be the owner of a successful network marketing company.

A quick Google search of his name revealed a few more details about his life which I do not want to bore you with, suffice to say I do admire his no give up attitude and his willingness to strive for success even in the hardest of times. Although I must add that my search revealed that he has been in a couple of network marketing companies and was one of the top earners in both. One thing I did find funny, in his bio page it states that 97% of his teammates failed in network marketing and he wanted to change that, so what did he do? Open his own network marketing company!!

What is the Super Affiliate Network?

According to their about us page, they are a group of entrepreneurs from around the world who want to help others build successful online business and live their dream lifestyle. They even have their own manifesto which I found a little weird and a bit cult-like. When I first read it,I imagined Misha and his group of ‘entrepreneurs’ gathered in a circle and recite this in unison before every meeting.

Before signing up to the Super Affiliate Network, I had to sit through a pitch fest for the system, I wish they had a simple purchase page, nothing more annoying than to hear MLM companies telling you how easy it is to replicate this system and make 6 figures.

As usual, there were a few testimonials on the sign up page, as you can see below, everyone seems to be a six-figure earner within a few weeks of the training provided by the Super Affiliate Network. However, as I show later one, this a very deceptive marketing tactic. 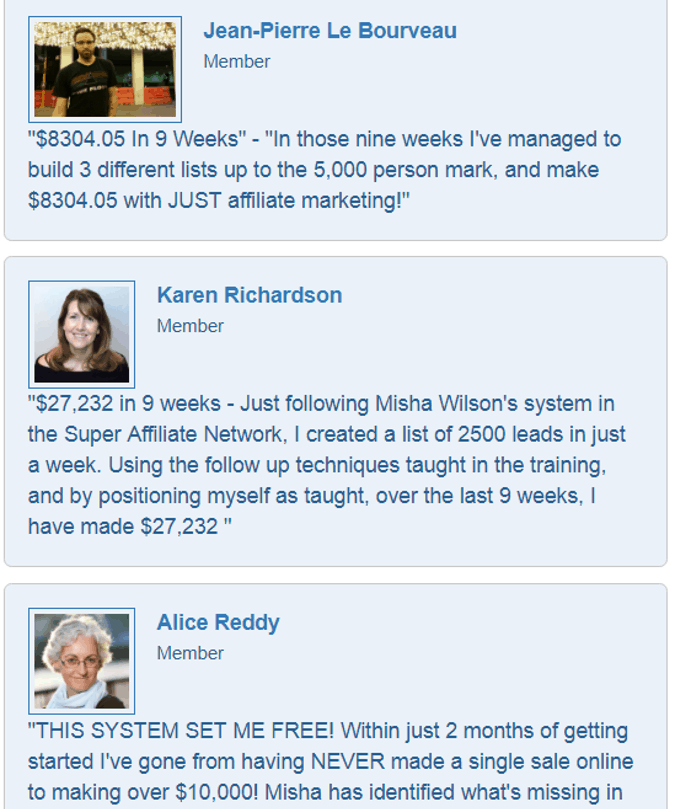 Now, if I was a complete newbie, I would have fallen for these deceptive testimonials but I have been burnt by a couple of network marketing companies that follow the same business model and I have learnt my lesson. A side note, one of those companies was actually shut down by the FTC for being a scam!!

Now, I am not saying that this system is a scam, but the FTC seem to be going after companies that make ridiculous income claims, so just be careful if you ever decide to join.

So, basically, the Super Affiliate Network is a training program in which people are taught how to make money through affiliate marketing with heavy emphasis put on mindset training, email marketing and advertising through solo ads. For solo ads, they have their own in-house done for you traffic system, I believe this is their own hand-picked list of solo ad vendors that have the most responsive lists.

I have my concerns with these done for you traffic packages,for one thing, everyone in the system (and they have a pretty big membership) is offered the same traffic deals so sooner or later all the lists will be beaten to death and people will get wary of receiving the same offers from different people. Not to mention the traffic packages can be very expensive and you could very quickly lose a lot of money (which in MLM companies are a regular occurrence).

The basic membership consists of 21- modules split up into 3 phases, delivered over three weeks. The 21 modules concentrate on the following topics;

You will be assigned a ‘business coach’ who will guide you along the 21 module course and answer any questions you may have. I have deliberately put quotation marks around business coach because, in my experience with similar companies, they are more likely to try to upsell you rather than help you out. Maybe this is different, just be careful if you ever decide to join.

Premium Membership – $97 (special offer, no recurring fees) $297 if purchased any other time

A one-time special offer made after you purchase the monthly membership, this gives you access to a course called ‘Solo Ad Success Formula’ where they will teach you advanced strategies around email marketing. In my personal opinion, this is a waste of money, there are many free resources regarding how to achieve success with solo ads and there are paid courses that cost no more than $15. How they are willing to charge people $97 -$297 for stuff you can find way cheaper is why the MLM industry has such a bad reputation.

Access to a monthly video newsletter from Misha Wilson regarding company news, industry updates and what is currently working that can help your online business.

Now we get to the high-ticket stuff and where the top earners really make their money. After paying the hefty one-time fee of $2497, you get access to the following:

You will also get access to the private Facebook group and free access to any products that may be developed in the future unless the products are above this membership level. Yes, there is one more membership level and it’s the best one yet!!

No MLM product line would be complete without an overpriced holiday masquerading as a mentoring program held in one of the most beautiful places in the world. In the case of the Super Affiliate Network, they will take you on a 4-day intensive event in Maui where they will hold your hands and help you with everything from creating high converting sales funnels to running webinars. Everything you should already have learnt from the previous membership levels!! So, let’s get to what this is really about and that is another way for the Super Affiliate Network to fill their coffers, pay the top earners ridiculous commissions and have a nice 4 day holiday in beautiful Hawaii.

They have 30 days no questions asked refund policy for most of their products and they also offer some extra cash for ‘wasting your time’.

The extra cash offer is conditional though, you will have to prove that you undertook many of the tasks involved within those membership programs.

Personally, I don’t really care about the extra cash, as long as they have a robust refund policy and do not renege on it, that is enough. There are too many stories about network marketing companies not honouring their refund policy or making it so hard and confusing that people don’t even bother.

The Super Affiliate Network runs a two-tier affiliate program, you can earn as much as 70% on any direct members you recruit and 5% on tier two recruits. However, to be eligible for affiliate commissions for any product sales, you would be required to already have purchased that product yourself. This is primarily one of the reasons these products are sold, not because they provide amazing value but because of the big commissions you can earn if you make an affiliate sale.

Can the Super Affiliate Network and Misha Wilson make you rich? Yes, if you have a large budget, have experience with advertising and don’t mind selling overpriced products. Don’t get me wrong, there is probably some good stuff in the expensive membership programs, however, the basic membership isn’t worth a monthly subscription plan and I am always wary of systems that sell you done for you traffic packages. Since everyone is offered the same deals, only a few will make a positive ROI and the majority will lose out.

The problem with MLM companies is that they always lead with how much money you can make with them and not how much value people will get. It is a known fact that the majority of MLM reps lose out and this is the same with the Super Affiliate Network. If you read their income disclosure (which is tough to find), it states that the average earning for their members is between $150 – $2500 per year!! And yet their testimonials on the sign-up page insinuates that earning big sums of money is easy.

It is easy to get sucked into the world of MLM and really want to believe all the hype,I know because I have been there, it was tough to admit to myself at first but eventually, I got out.

If you want to learn how to start an affiliate marketing business the proper way, try my no.1 recommendation. They have been in business for over 14 years, have helped thousands of people build a successful online business and continue to improve the training and tools they provide. The training has helped me build two websites including this one and I just expereinced my best month ever as an Amazon affiliate where I generated over $1000 in affiliate commissions (proof here). Click on the button below and join for free and see what they can do for you!!

My Success Story With Wealthy Affiliate
Spread the love 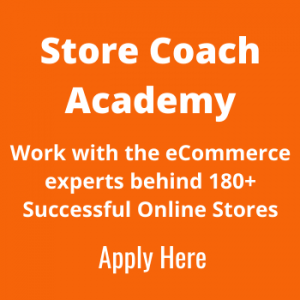 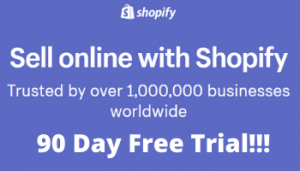 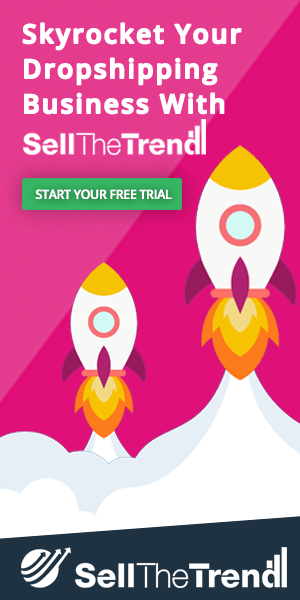 Free Guide Reveals How To Start Your Own Dropshipping Business

Your Free Guide is On Its Way!!