Hey there, so you have stumbled upon my website looking for a review of eCom profit sniper.

Well you have come to the right place, eCommerce and more specifically, dropshipping is one of my favourite online business models and over the years I have done a lot of research in this area.

I am looking to start a dropshipping business in the future and so I am always on the lookout for new tools and training that can help me do this.

I have reviewed several software applications and training related to dropshipping, these include apps like Oberlo and AliDropship and training programs from Store Coach and Dropship Lifestyle.

However, when I came upon the sales pitch for eCom profit sniper, the product creator, a chap named Tom Parker, made some claims that raised a few red flags. 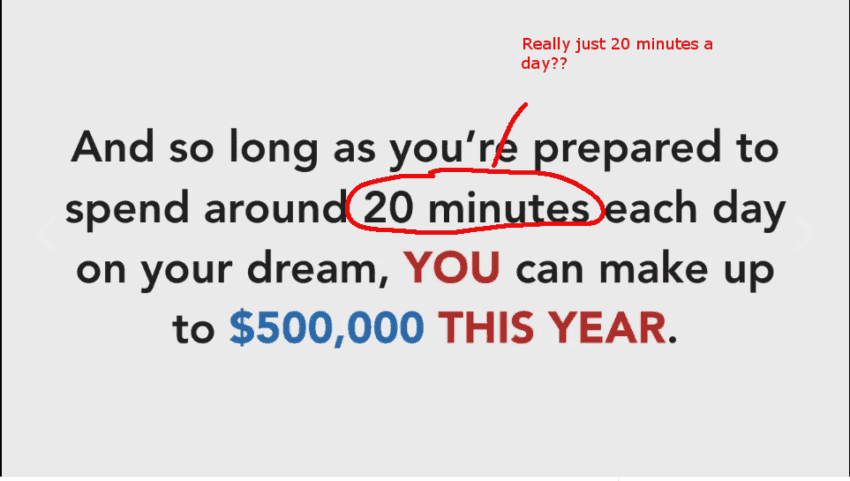 Before I go on with this review of eCom profit sniper, I just want to say that if you are interested in starting an eCommerce business, check out my review of Store Coach.

Store Coach provides some fantastic training on how to start a dropshipping business and they have over 15 years of experience in this industry, so you can be confident in their training program.

So, back to my review of eCom profit sniper, I stumbled upon this product when I was searching the Clickbank marketplace for some good eCommerce training programs.

Clickbank is one of the most popular affiliate networks for digital products, they have a well-established name and reputation.

However, when it comes to the niche of internet marketing and specifically MMO products, they seem to have no quality control in place, or if they do, it’s not good enough.

My last review was a Clickbank product called 5 Minute Profit Sites and that made some ridiculous claims about making money through affiliate marketing.

eCom Profit Sniper does the same, except this time the target industry is eCommerce.

In the video sales letter, Tom Parker, claims that there is secret eCommerce software that he is using to make ridiculous amounts of money with minimal work and working on 20 minutes a day.

$2000 per day with only 20 minutes of work using a little-known eCommerce software?

I wanted to know what this little-known software was, so I kept watching the sales video ready to be disappointed and he didn’t let me down!!

However, before he came round to mentioning what the software was, there was a lot of fluff about how much money he is making, how easy it is, his life before discovering this amazing secret software etc.

There were also a few unreliable testimonials, like the chap below who says he was a cabbie before discovering eCom Profit Sniper. Apparently, within a few days of using this system, he was making thousands per day!!

Or this lovely lady who is now making a full-time income since she started using eCom Profit Sniper over a year ago.

The only problem is that the eCom Profit Sniper was only released this year!!

So, what is this little-known software that is letting Mr Parker bank more than $2000 per day??

Seriously, how on earth is Shopify a little-known company? It is one of the leading eCommerce platforms that has offices around the world, is valued over $10 billion and is listed on the NYSE.

How does Mr Parker claim that only a few people are using Shopify when according to Shopify’s own stats, it has more than half a million merchants?

There is simply no reason to make such claims, it’s unethical and gives a false impression that all you need is a Shopify store to make money online.

Yes, it is also true that there are people making lots of money through the Shopify platform, it is a fantastic eCommerce platform.

However, Shopify is not some sort of magical software that will automatically make you money at the push of a button.

After having watched the entirety of the video and hearing more claims from Mr Parker about his eCommerce success, I decided to Google him.

If you are earning in excess of $40000 a month through eCommerce and you are selling a course on it, you should have some form of online presence, right?

Well, I couldn’t uncover anything about Mr Parker of eCom Profit Sniper but did learn that Tom Parker is the name of a famous British musician, but I doubt that is the same Tom Parker.

So what do you get with the $37 dollar fee that Mr Parker charges to gain access to eCom Profit Sniper?

You will get a set of video tutorials on how to set up a Shopify store, very basic stuff, that in my opinion is not worth the $37.

It does cover other topics on a very basic level, like driving traffic from social media and using Oberlo to import products from AliExpress.

However, there is no way, you will be earning over $2000 with 20 minutes of work just by using the training from eCommerce sniper.

There are also a couple other misleading statements made by Mr Parker (if that is his real name), he claims that Shopify gives you the ability to reach millions of people around the world.

This isn’t exclusive to Shopify, you have the ability to reach millions of people with any good eCommerce platform.

However, just opening an eCommerce store will not bring about tons of visitors, that require a whole other skill set in traffic generation, which eCom Profit Sniper hardly touches upon.

Also, I really didn’t like the income claims on the sales page about how much other people are currently making with eCom Profit Sniper. 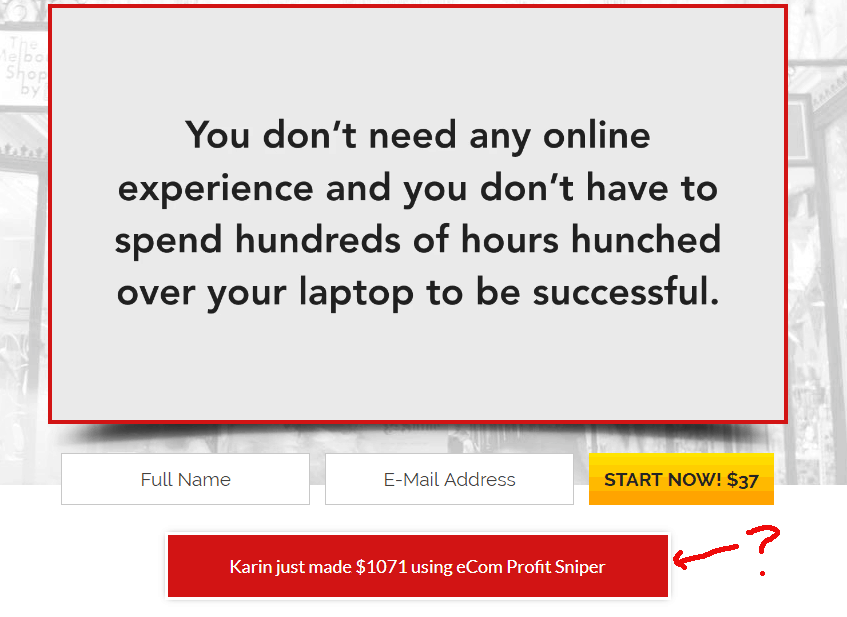 I mean how does he know? It’s not even a software, its just some basic video tutorial and there is no way any of his students are emailing him daily about their earnings.

Totally unethical and why I never recommend products like this and there are so many on the Clickbank marketplace.

eCom Profit Sniper will not make you $2000 per day while only working 20 minutes a day, it is an overhyped product that fails to deliver anything worth its price tag.

I personally think Clickbank should also be held responsible for letting such a poor product through their system.

One of my recommended eCommerce training programs is Store Coach, which I mentioned them near the beginning of this article.

It is run by three brothers, who have over 15 years in the eCommerce industry and their free training program is very good.

They also have a paid membership which has some added tools and extra services. You should definitely check them out if you interested in running an eCommerce business.

I also recommend you check out the resources provided by the like of Shopify, Oberlo and AliDropship, all provide comprehensive guides on how to start a dropshipping business from scratch.

The best thing about these guides and resources? It’s all free, don’t be tricked into purchasing over-hyped products like eCom Profit Sniper when there are far superior resources available for free. 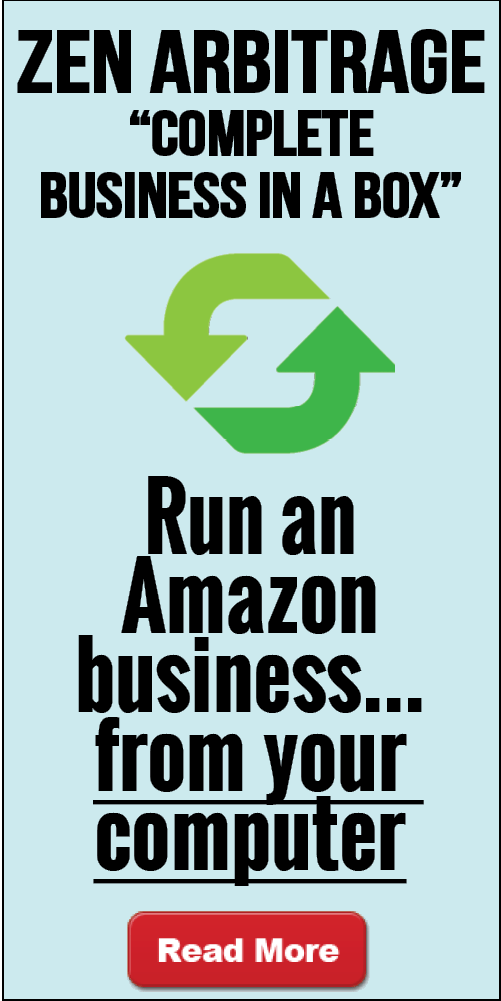